Lost your password? Please enter your email address. You will receive a link and will create a new password via email.

You must login to ask question.

Please briefly explain why you feel this question should be reported.

Please briefly explain why you feel this answer should be reported.

Please briefly explain why you feel this user should be reported.

Most Dangerous River In The World 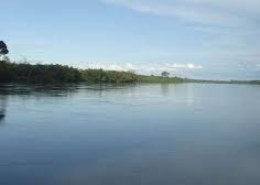 Rivers are one of the best gifts of nature, which is known to serve as a means of survival for humans and various other living entities. However, there are a few rivers in the world that pose threats and are classified as dangerous.

A river is classified as dangerous based on the following context: if it has several threats to animal life, unknown depths, unpredictable currents, and some others. Some of the most dangerous rivers in the world are:

1. River Whafe: This River is located in Yorkshire, England, between Barden Tower and Bolton Abbey and is known for killing anyone who falls into its waters by swallowing their bodies whole. The most famous section of the river is much smaller, only six feet across. Hence, this narrow gap allows the river to gain immense speed. The visual width of this river is an allusion, and the banks are undercut, leading to a series of tunnels through which the rest of the river’s water flows. Some incidence reports have been recorded of this river where human beings got sucked under the banks of the dangerous river into these tunnels and were at no point found.

2. Congo: The Congo River, formerly known as the Zaire River, is located in Africa and is known for its extreme depth and numerous rapids and waterfalls. Its depth is about 720 feet, or 220 meters. This river is part of the world’s ninth-longest river system and the second-longest in Africa. The Congo River is an incredibly popular means of transportation in Africa, and with more people attempting to navigate it, more accidents occur. The upper section of the dangerous river is filled with rapids and tributaries, while the lower section contains gorges and waterfalls, which are obvious dangers to those traveling along with it.

3. River Nile: The Nile is the world’s longest river, flowing through eleven countries and draining into the Mediterranean Sea. History has recorded the River Nile to have been very important for civilizations throughout Africa, but it also presents numerous threats, such as crocodiles that can move around 30 miles an hour on land and kill around 200 people a year, hippopotamuses that have been known to attack boats, venomous snakes like the Black Mamba, and the Egyptian Cobra, and mosquitos, which have disease-carrying abilities.

4. Amazon River: The Amazon River is located in South America and is the world’s second-largest river. The river is filled with dangerous animals such as bull sharks, anacondas, and black caiman crocodiles, which are capable of growing up to 16 feet in length and have no known predators. Some other threats such as leeches that attach to mammals’ orifices, the longest venomous snake in the western hemisphere, the bushmaster pit viper, and lots more that pose risk are present in this river.

5. The Mississippi River: This is the longest river in North America. It stretches through several states, scubas Wisconsin and Iowa. However, this river serves as a habitat for pike fish, bull sharks, and a variety of other dangerous creatures. The river is also known to be very dangerous for swimming because there are countless undercurrents, many of which are unpredictable and can easily drown a swimmer.

6. Potomac River: located in the United States, this river is extremely dangerous because water flows so quickly between its boundaries, creating a deadly undercurrent that can quickly sweep a swimmer down into its depths and in addition to this accidental falls are one of the most common causes of death and injury around this river.

Having full knowledge that there are a significant number of dangerous rivers, it is important that these rivers are avoided in order not to add up to the statistics of damage caused so far.